Euston Club Resort has traditionally been a major supporter of a number of events and organisations and continues to provide that support. The Board of Directors are proud to support our local communities. 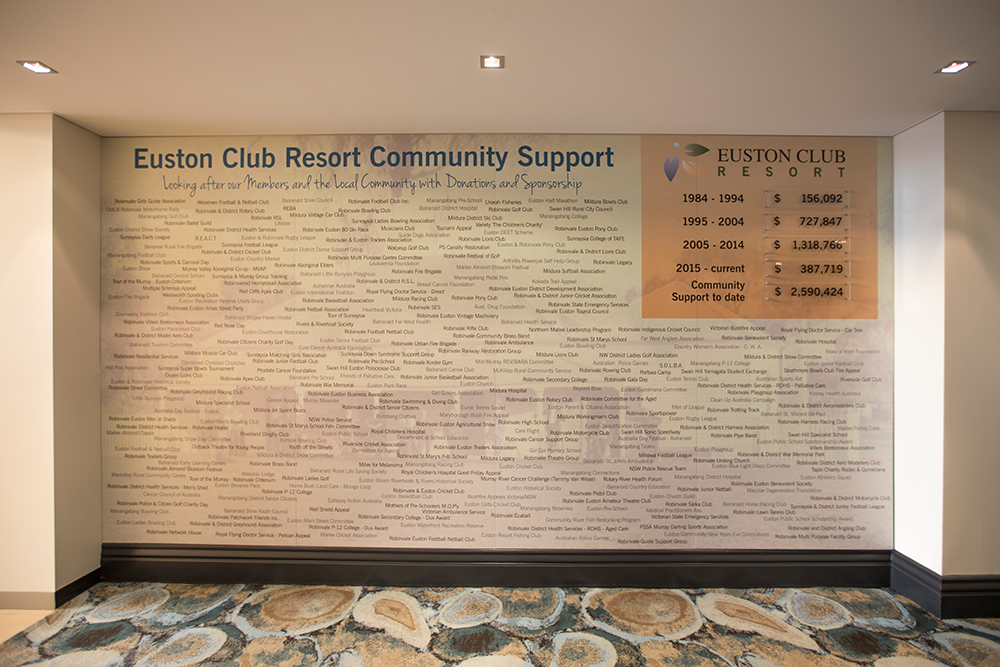